Despite their popularity, we know relatively little about the life history of loons. Even basic questions such as their life span, age at first breeding, fidelity to mates and breeding territories, and the relationship between the breeding and wintering areas of specific populations, are largely unknown or based on limited data.

In 1993, LPC and the BioDiversity Research Institute in Gorham, Maine, began placing colored bands on the legs of loons on Lake Umbagog in northern New Hampshire, and beginning in 1998, on lakes throughout the state. These bands allow us to identify individual loons to investigate aspects of their life history, and provide a basis for the creation of loon population models (see Loon Recovery Initiative). Staff biologists and the large network of LPC volunteers monitoring loons increase the chances of banded loons being sighted and reported.

Results of these banding and satellite tracking efforts have revealed that loons escape the ice-in of New Hampshire’s lakes by wintering off the Atlantic coast from Maine to Rhode Island, and so remain in New England year-round. 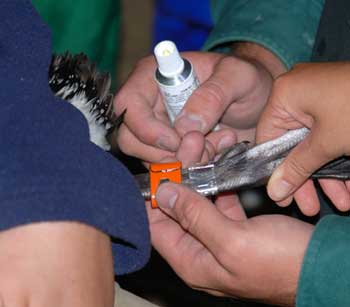 LPC bands loons in cooperation with the Biodiversity Research Institute in Gorham, Maine. 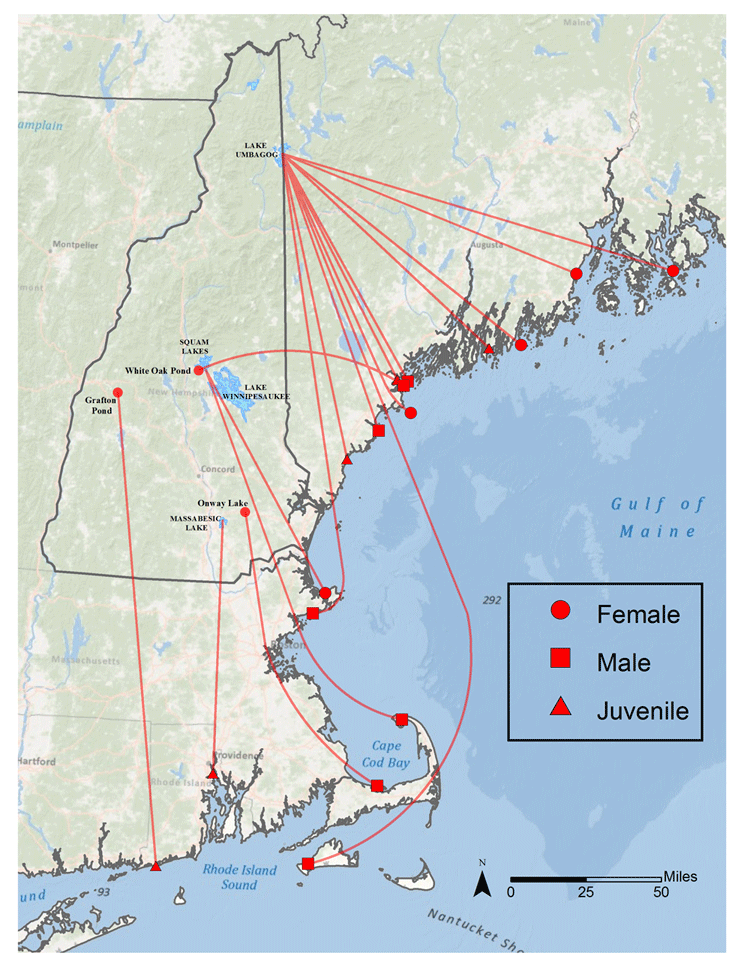