During the breeding season, loons spend their days feeding, preening, resting, and caring for their young. At this time of year, common loon diet consists primarily of fish. Loons preferentially feed upon species such as yellow perch, pumpkinseed, and bluegill because their erratic swimming behavior makes them easy for loons to catch. They also consume suckers, catfish, smelt, and minnows. Although loons will opportunistically feed upon trout and salmon, these species are better able to evade capture due to their straight swimming patterns and do not make up a large percentage of the average loon’s diet.

In addition to fish, loons also eat crayfish, frogs, leeches, and snails. On their ocean wintering grounds, loon diet may include fish, crabs, snails, shrimp, marine invertebrates, and even lobster. 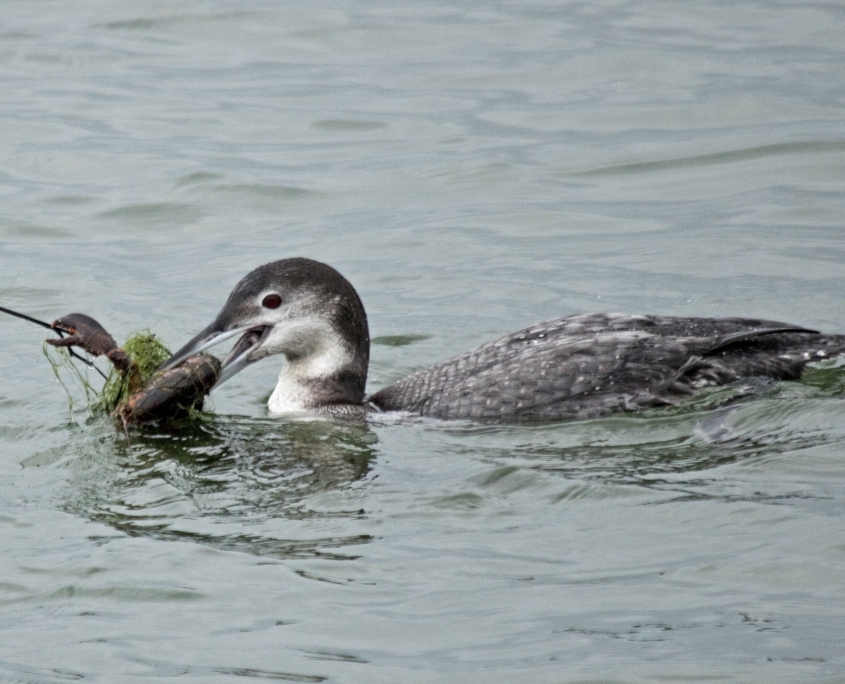 A wintering loon enjoys a meal of lobster. Photo courtesy of Reigh Higgins. 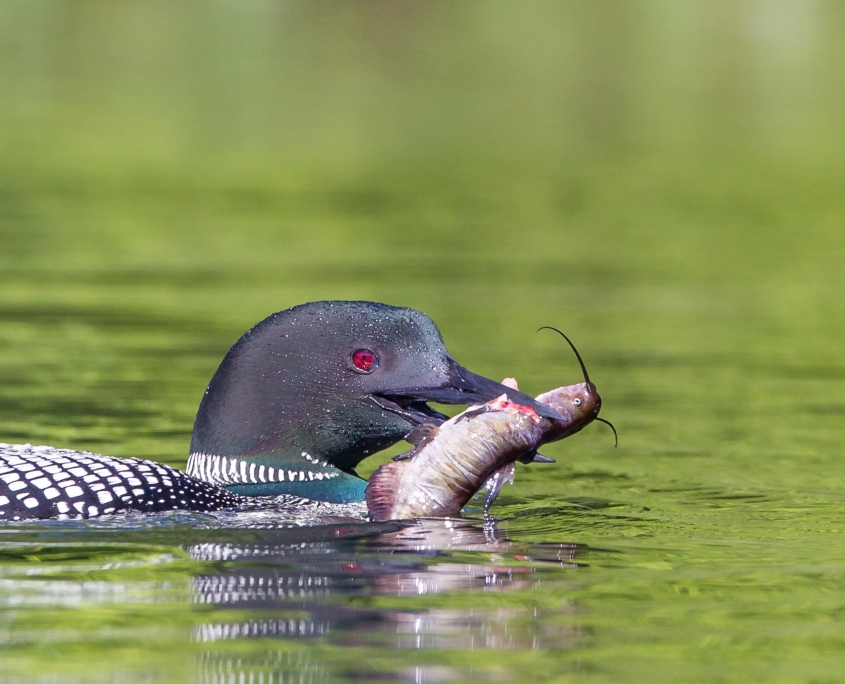 A loon captures a catfish. Photo courtesy of Brian Reilly. 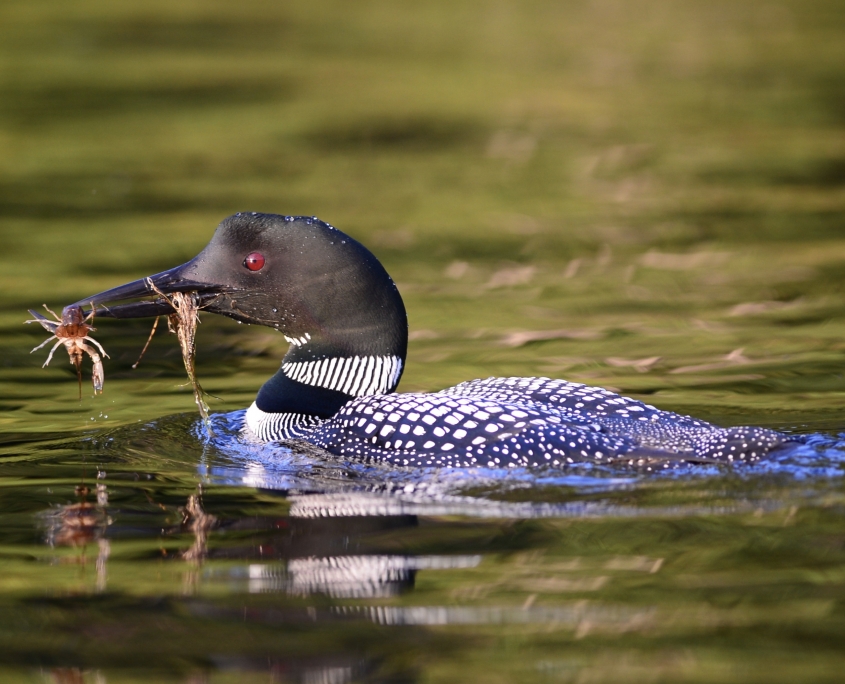 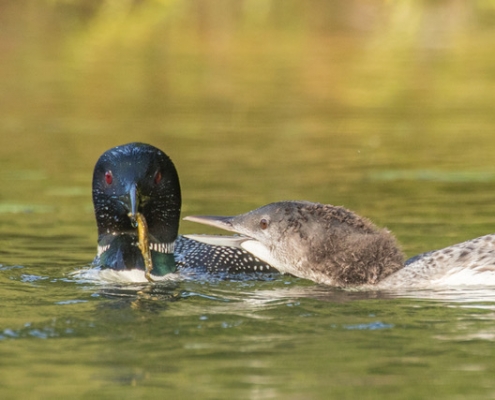 An adult loon catches a salamander to feed its chick. Photo courtesy of Brian Reilly.
Scroll to top