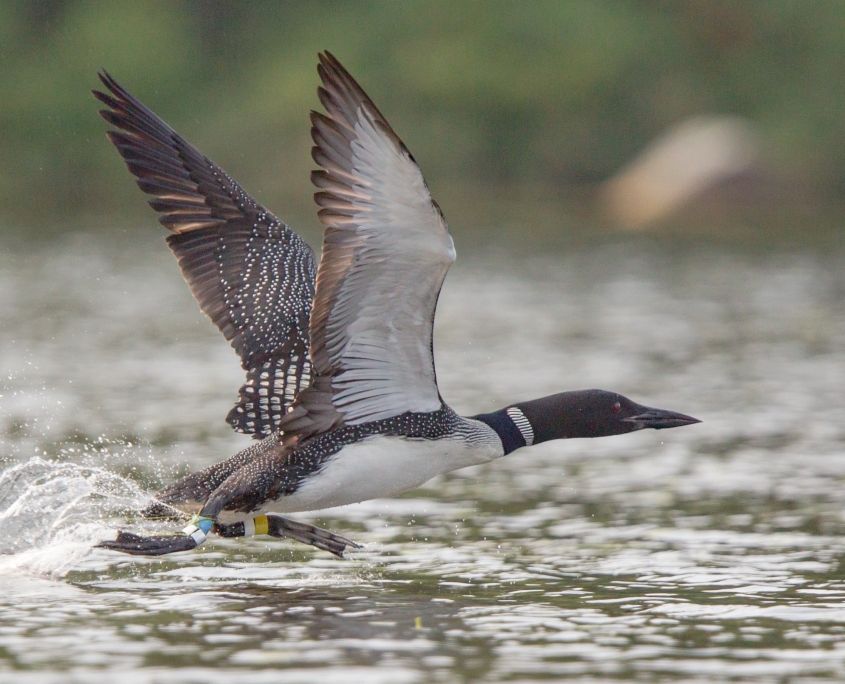 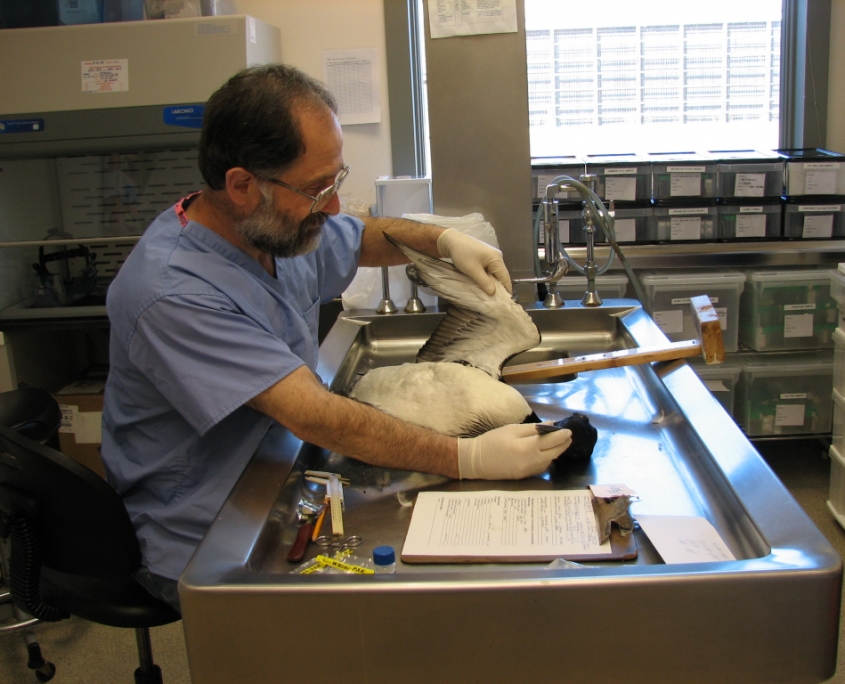 One of the best ways to discover the challenges facing New Hampshire’s loon population is to determine causes of mortality of individual birds. Since 1975, LPC has collected dead loons found by the public, LPC volunteers, and LPC field staff. LPC collaborates with veterinarians and wildlife pathologists to perform necropsies (animal autopsies) to help us determine the cause of death for each loon that we collect. This has allowed us to identify and begin to address the human-related causes of loon mortality, including lead poisoning from ingested lead fishing tackle, fishing line entanglement, and boat strikes. 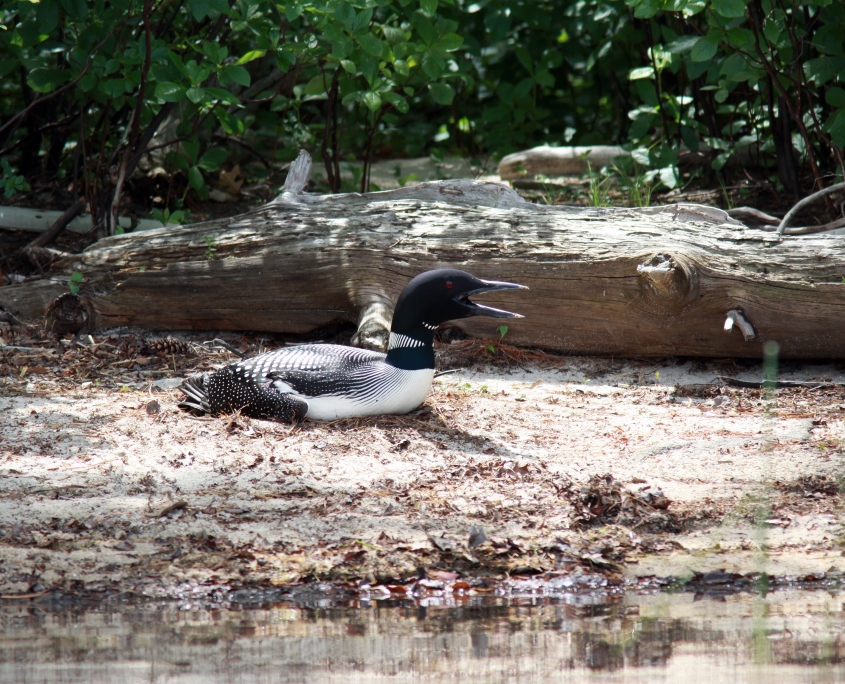 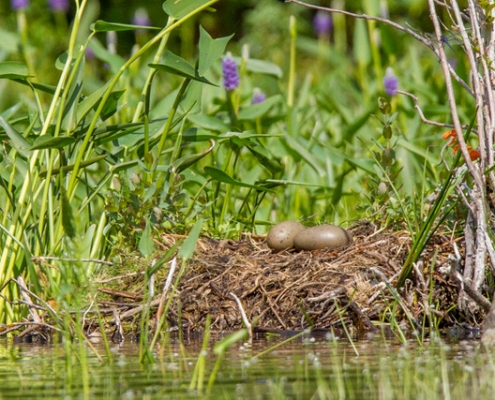 Loons are long-lived birds at the top of aquatic food webs and are therefore at risk from contaminants that bioaccumulate (increase in concentrations in animals over time) and biomagnify (increase in concentrations as they move up the food web). LPC’s is in the process of analyzing eggs collected from Squam Lake and other lakes around the state to examine the relationship between organic contaminants and common loon reproductive success. Tested eggs have been found to contain elevated levels of PBDE’s (flame retardants), PCB’s (industrial cooling agents), dioxins/furans (byproducts of industrial processes), PFOS (stain repellants), and DDT and chlordane (insecticides). In many cases, these contaminants exceeded lowest observed effects levels (levels known to cause measurable declines in health and/or reproductive success) in other fish-eating birds. LPC is continuing to investigate the levels, effects, and sources of these contaminants in loons to determine the threats they pose to individual loons and loon populations.

As with all living organisms, loons are also at risk from pathogens (disease-causing organisms). LPC’s banding, blood sampling, loon rescues, and necropsies (animal autopsies) have revealed that loons in New Hampshire are susceptible to fungal diseases like aspergillosis and have been exposed to EEE (Eastern Equine Encephalitis), avian influenza, and, more recently, Plasmodium parasites that cause avian malaria. Some of these pathogens may become more problematic if New Hampshire’s climate becomes warmer and wetter, as predicted in climate change models. 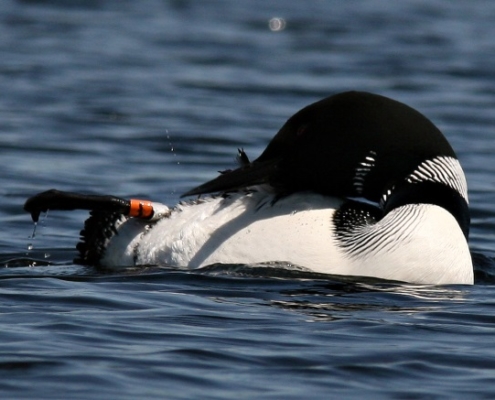