The Loon Preservation Committee has released a report documenting the widespread presence of chemical contaminants in inviable Common Loon eggs taken from failed loon nests on lakes throughout New Hampshire. As fish-eaters, loons are important indicators of the health of aquatic ecosystems, especially when measuring contaminants that biomagnify at higher levels of aquatic food webs.

LPC tested 81 eggs from 24 lakes for per- and polyfluoroalkyl substances (PFAS), polybrominated diphenyl ethers (BDEs), polychlorinated biphenyls (PCBs), and organochlorine pesticides, including DDT and chlordane.  Where present in fish, effects of these contaminants could, together with other stressors, negatively affect loon health and/or reproductive success and also potentially affect other lake wildlife and human health.

LPC’s report details recommendations to address the issue of contaminants in New Hampshire’s lakes, including increased testing of fish and wildlife high on the aquatic food web, inviable loon eggs, or other species known to consume fish.  LPC is the only organization systematically testing lake wildlife for many of these contaminants in the state. 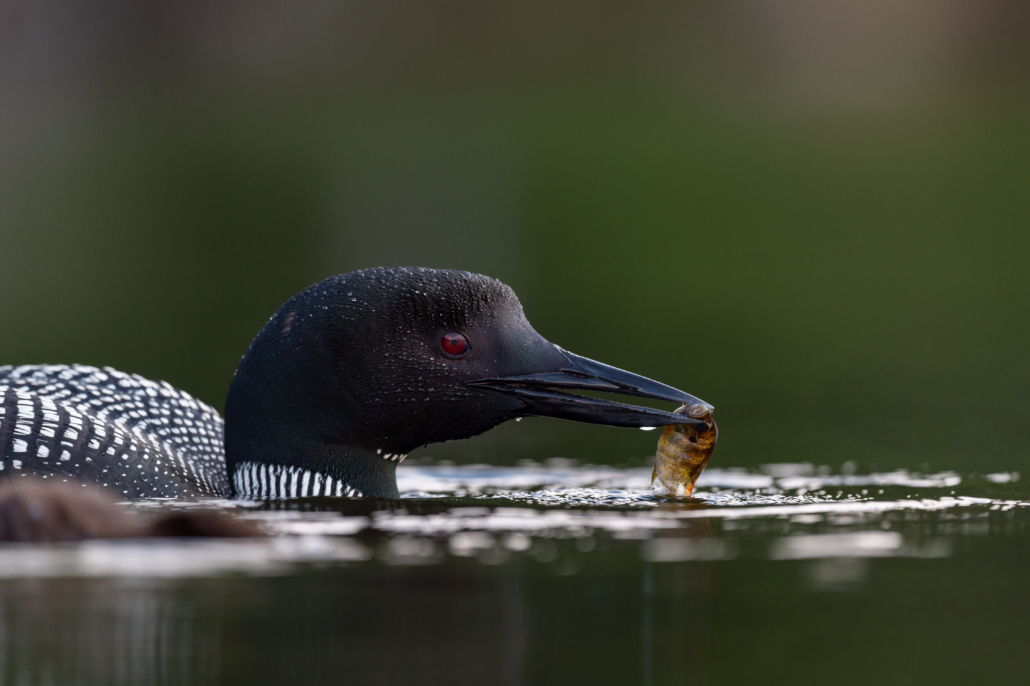