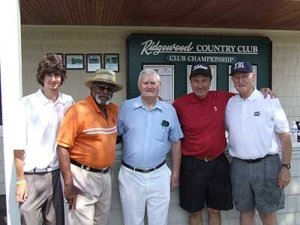 In an ongoing effort to educate the public about loons, we host a number of fun and informative events through the year, for example, talks, cruises, festivals, and fundraisers.

Please note: Due to Covid-19, scheduled events may not occur or be held online.  We will be updating information as we get it.

Each year, LPC hosts an annual Loon Census to monitor New Hampshire’s loons and their progress on lakes throughout the state. The invaluable data gathered from census observations are used as:

This year, 513 observers covered 126 of New Hampshire’s lakes during the annual loon census, just over one third of the lakes that LPC surveys and monitors annually. A few loons were still on nests during the census on July 21—definitely a bit on the late side, but not out of question. In fact, later that day, the first chick hatched on LPC’s live loon cam. They couldn’t have timed it better! Caldwell Pond in Alstead, Contention Pond in Hillsborough, and Governor’s Lake in Raymond were new lakes added to our list of census lakes this year. A total of 469 adult loons were tallied, 5 immature loons (1-2 years old) and 86 loon chicks. Census participants were of all ages, from 9-75 (there may have been a younger or older participant that we are not aware of)! On one lake in our Seacoast monitoring region, the loon census is really a family event spanning four generations! That is pretty special.

Preliminary numbers from our season-long monitoring saw an increase in the number of nesting pairs, chicks hatched, and chicks surviving in 2018, but we lost more chicks at a higher rate than usual. With another year of high adult loon mortalities from ingested lead fishing tackle, it makes you wonder where the chicks will be coming from to replace these adults that have died. See the upcoming LPC Fall Newsletter (due out in November) for a detailed recap of the 2018 season.

To contribute observations at other times during the loon season, please see our Field Volunteer page here.